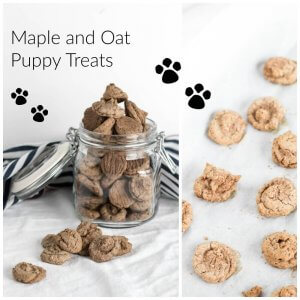 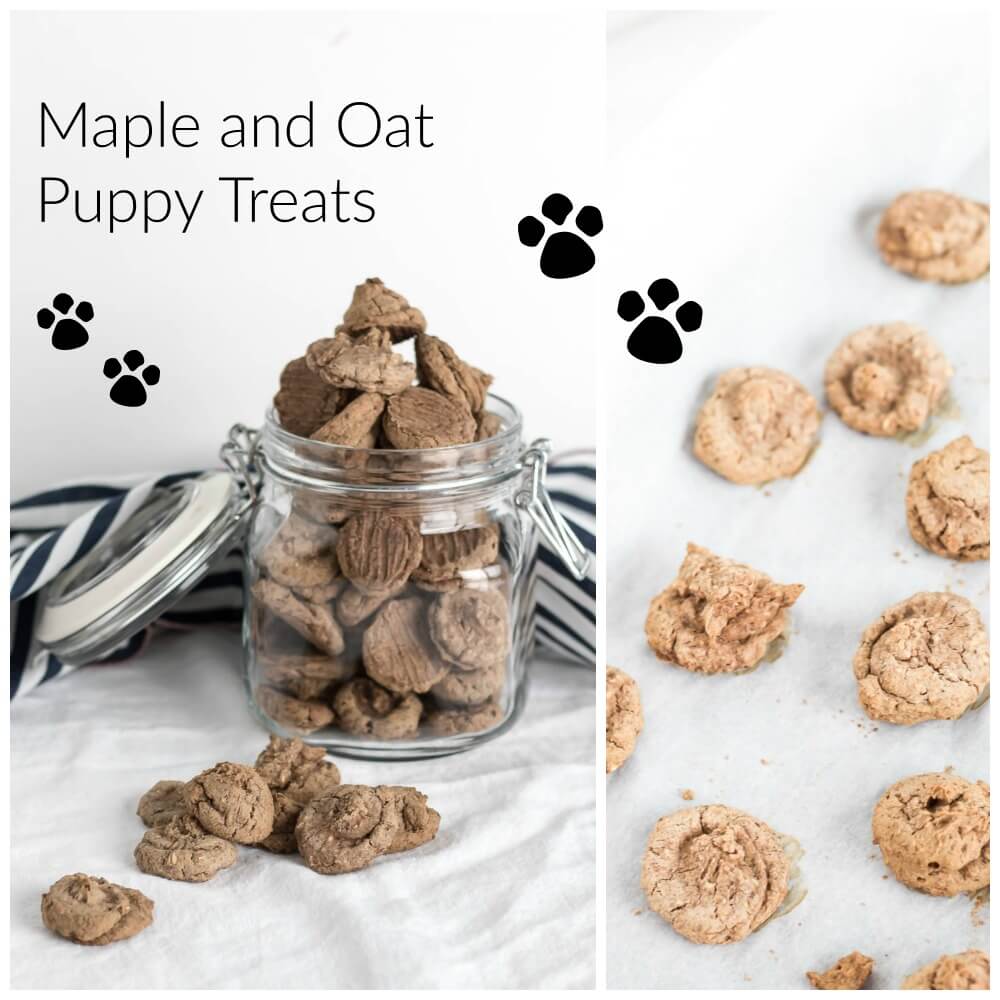 Not sure if we had our last snow of the year or not, but it snowed and we played and it's almost all gone now. Which is fine with me. I'm done with the cold. Lunnie on the other hand really likes snow. 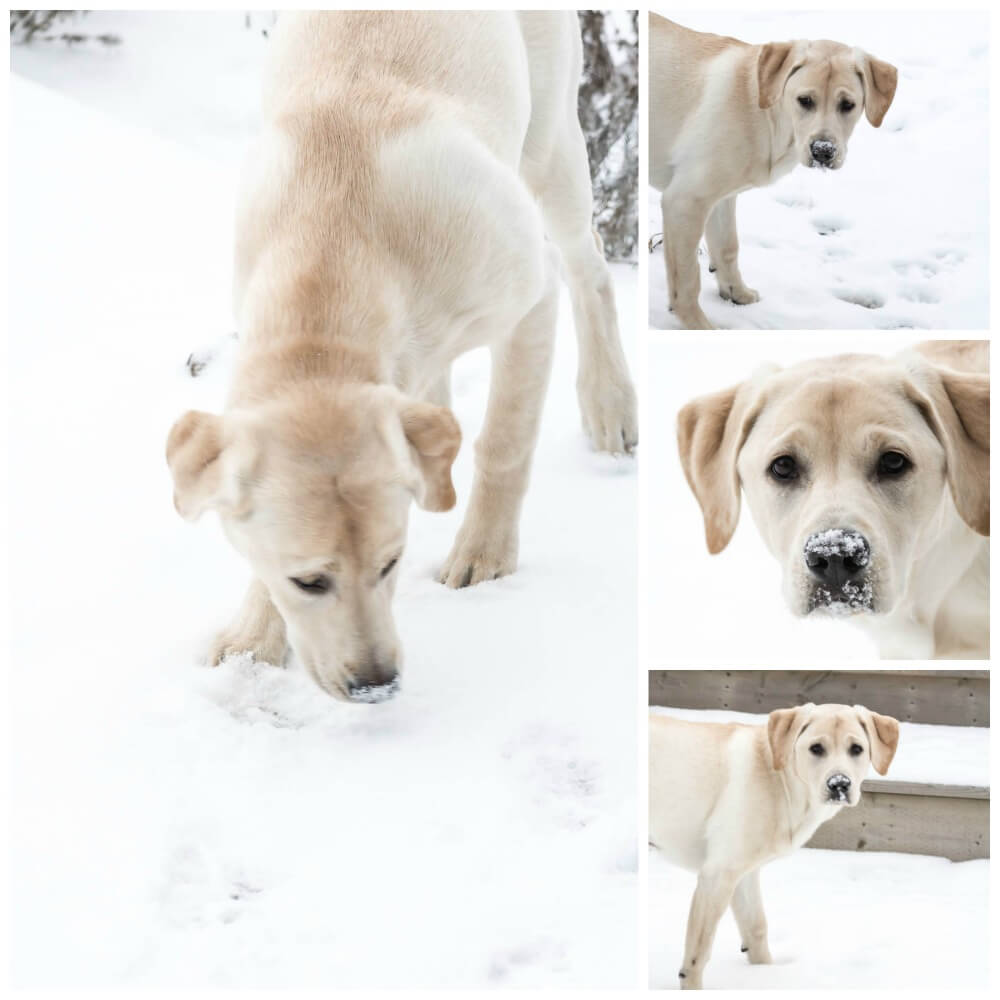 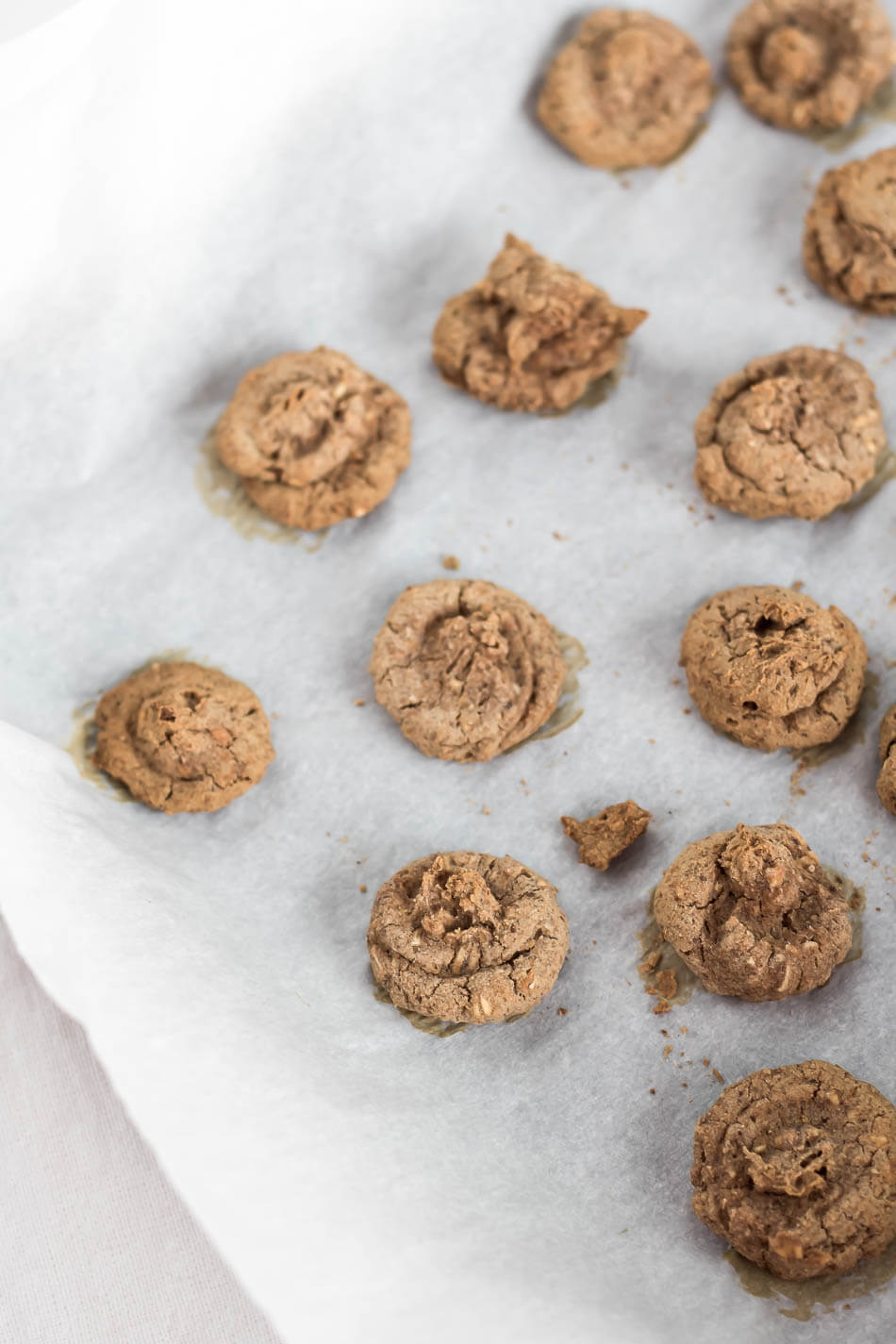 Incidentally Luna has officially become Lunnie. Names eventually morph and melt into personalities. When we were picking puppy names I thought maybe we would end up somewhere closer to Lu or Lulu even. There might have even been a bit of  hesitation with Luna -- because Looney Tunes and, well the "Loonie".   But here we are. We are ended up at Loonie despite my best efforts. I'm spelling it Lunnie just because.. and it is kinda perfect. 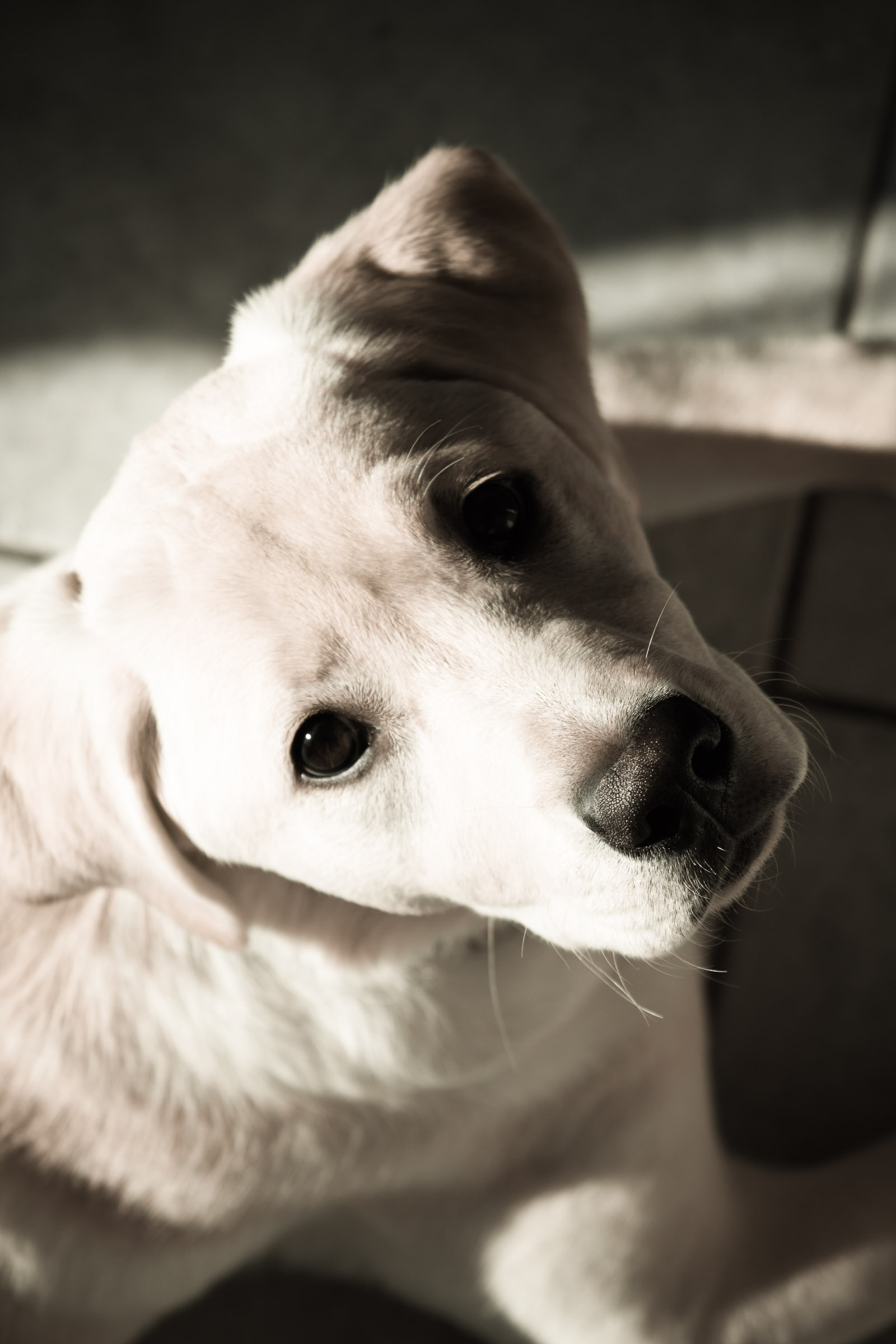 I decided to celebrate Lunnie's 4 month adoptiversary with cookies. or rather these Maple Oat Puppy Treats. Spiked with cinnamon and banana. Fortified with flaxseed. Incidentally - again - these happen to be vegan and gluten-free. I'm not sure if you are looking for such things in your puppy treats - but if you are, here you go. You're welcome. 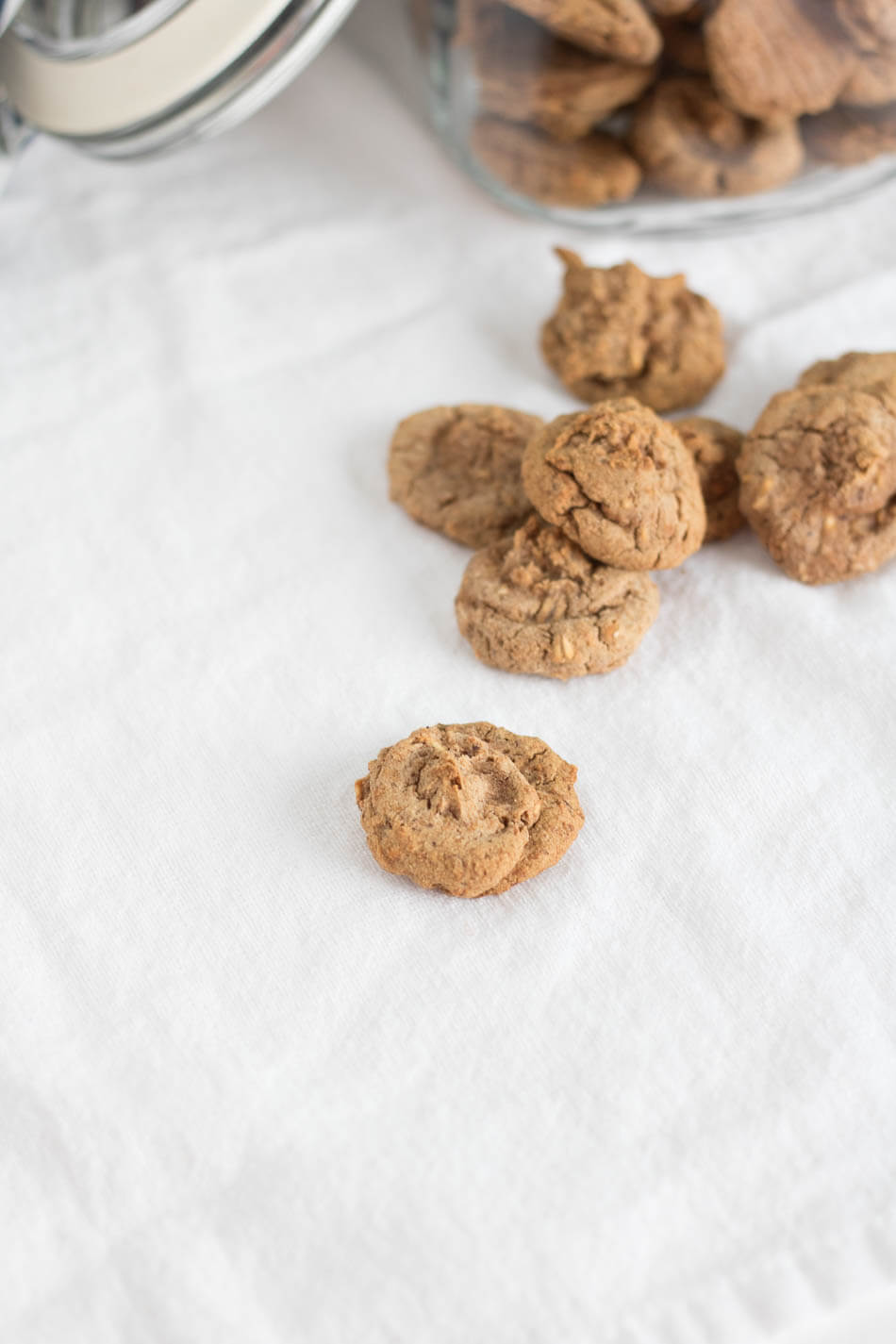 You can use honey instead of the maple syrup. Or just leave it out altogether. I've sweetened these with a banana and used the maple simply as a flavour. Because my girl deserves the best. <3

You will want to line 2-3 large baking sheets to get all the cookies into the oven at once. This is a long baking time so you definitely want to do one batch. Cookies don't expand significantly in the oven so it's okay to crowd the pan.

I used a piping bag -without a tip - to make little round circle shapes (at least I tried). You can make whatever shape you want. If you don't have a piping bag, a large ziploc freezer bag would work nicely. Just snip a bit off one of the ends.

Here is how you make them... 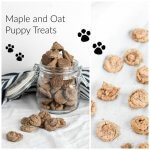 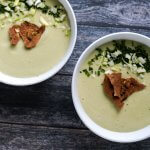