You are here: Home » bake

Friends, there are so many things I have to tell you.
Things I will probably never get around to telling you because I am here so infrequently these days.

I said to my husband the other night "I think I'm going to shut down the blog"
and as predicted he responded with "don't - I like that you blog."

It's not the blogging that he likes. Or even the free goods that fall into my lap from time to time - which we all can fully admit are far more than fun (and my kids will argue that cereal and seeds are the best part of this blog).

It's the fact that I do this, do something. It's creative. It's only for me.

Blogging is rather pointless on the grand scheme of things. I get that. And the notion that I need a purpose, or that I lack a real purpose, drives my feeling that "I might as well just shut this thing down."

But it's like that box of watercolors and the canvas in the closet or the fancy camera bought with great aspirations that now only gets pulled out for school performances...  if I gave it away, or sold it in a yard sale, it would be gone and with it, I would lose the opportunity. And the next time the stars aligned just right and I not only felt like playing around in the kitchen, but I found I had some time to do so, and wanted to chronicle my results - because let's face, its the recording and telling you about it that I like the best -  I wouldn't have the tools. The desire to create would go unfulfilled. Lost. Like paints hopelessly dried up.

I've determined that this blog is a 100% completely selfish endeavor. This is not for you, it's for me.

An even better blogger would have done a Mother's Day Dessert round-up post so you could add this to your Mother's Day lunch plans. Because it is so easy and the perfect contrast to things sweeter and creamier and probably fruity-er that are most likely sitting on that buffet table.

But here it is almost June. Mother's Day long gone. And I am going to share with you a cake. A bundt cake. A Chocolate Pecan Bundt cake with lots of cinnamon, which I made for no real occasion or reason other than I felt like baking one day. And I liked the way this one turned out, so here it is.

I'm more than okay with this. I am a decent baker and I made this cake. And I liked this cake so I'm sharing this now so that I can remember how good this cake was for the next time I want to make it.

How to make Chocolate Chip Bundt Cake with Pecans 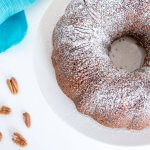 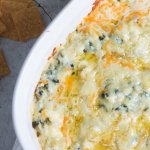